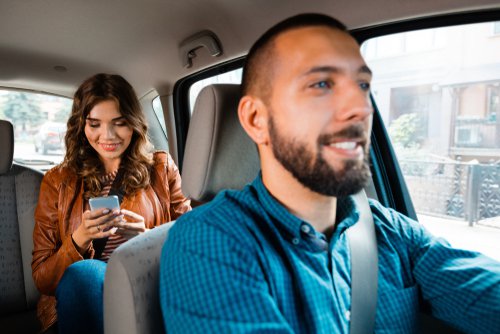 What about the Workers? Explosive Growth in Gig Economy, Including Lyft and Uber, Brings Worker Benefit Programs to Forefront

It’s ‘back to the future,’ as embryonic gig worker benefit programs look like Texas injury benefit plans 30 years ago

DALLAS, Texas (March 29, 2019) - Lyft shares begin trading today, and an Uber IPO is expected to make news this year. There’s no shortage of investment in the growing gig economy. With it comes significant interest in finding out how our modern workplace’s workers will be covered in the event of an injury or illness on the job. As new insurance products are emerging to cover these gig workers’ medical and disability expenses when they are injured on the job, PartnerSource, a Texas company that pioneered innovative alternatives to workers’ comp, is pointing to history that is repeating itself, and imploring these companies to look at innovations in Texas when considering how to care for workers.

“In the late 1980s and early ‘90s in Texas, there was a similar mass exodus of employers (and employees and payroll) from the Texas workers’ comp system,” notes Bill Minick, founder and chairman of PartnerSource, a firm that delivers innovative alternative solutions to workers’ compensation programs. “There grew a large and immediate need for innovation in the space, so new Texas injury benefit plans were created to fulfill that. It’s easy to compare that exodus with today’s rising gig economy.”

From the Uber driver that dropped you off, the maid that cleaned your friend’s home, the hair stylist who cuts your hair, or the tech who just fixed your computer, ranks of gig economy workers are growing. As millions of U.S. workers move from traditional employment into the gig economy, new insurance products are emerging to cover their medical and disability expenses when injured on the job. Uber Technologies developed its “Driver Injury Protection” program in 2017 to provide insurance coverage to drivers when they are logged on to the app, and picking up and transporting passengers. The National Domestic Workers Alliance recently announced a new portable benefits platform called Alia for domestic house cleaners. New York’s Black Car Fund has long-provided a non-profit, workers’ compensation coverage program for drivers of taxis and limos, and has now begun work with the Independent Drivers Guild to add vision and telemedicine benefits. The programs are varied in how they define and deliver services.

“Determining who is, and who is not, an independent contractor is something that states and federal legislators, regulators and courts are working to decide,” Minick explains. “As they modernize the definition of those involved in this new working model, we will see more of these insurance products spring up for any job imaginable that can be performed by an independent contractor. While there is no doubt that the gig economy is here to stay, we stress that it is necessary to appropriately fund the full cost of that labor -- and not shift the expense of work injury to charitable, governmental or other social programs funded by taxpayers.”

PartnerSource is the leading provider of a responsible alternative to traditional workers’ compensation for businesses operating in the state of Texas. The company dedicates deep talent from a team of more than 30 experienced employees to provide end-to-end strategies that are easy to use, fiscally responsible, and driven by the purpose that better business comes from caring for injured workers. PartnerSource clients achieve better medical outcomes and deliver better wage replacement benefits for their injured employees than when using traditional workers’ compensation plans, while also recognizing significant net cost savings. Based in Dallas, Texas, PartnerSource provides industry leadership and education through its annual conference and participation in numerous workers’ compensation industry events, awards and associations that support people injured on the job. PartnerSource is also a proud supporter of the Kids’ Chance of Texas scholarship fund, which is dedicated to bettering the lives of injured workers and their families.